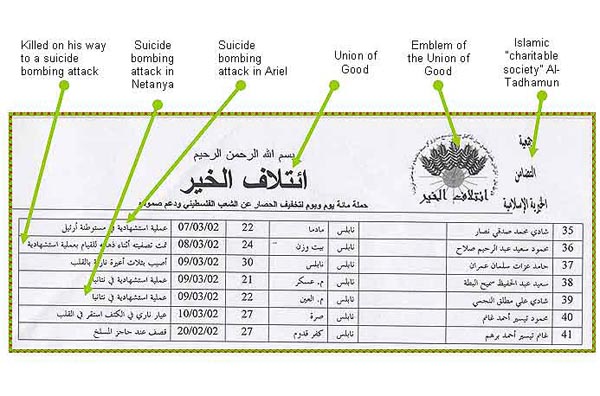 The Union of Good is a coalition of Islamic charities that provides financial support to both the Hamas social infrastructure, as well as its terrorist activities. It is headed by global Muslim Brotherhood leader Youssef Qaradawi, and most of the trustees and member organizations are associated with the global Muslim Brotherhood. The Union of Good was banned by Israel in 2002 and was recently designated a terroristentity by the United States, although neither Youssef Qaradawi nor any of the Trustees were similarly designated. Despite the fact that action has been taken against some of its member organizations in Europe, many of its other European member organizations continue to operate. Further, the Union of Good itself does not appear to be underinvestigation in Europe.BackgroundAccording to the U.S. Treasury Department, thecoalition of Islamic charities known as the Union of Good(UG) was established in late 2000 shortly after the